Almost a year and a half ago we saw Villa B&B for sale. What started out as an exploratory look quickly became “this is an opportunity that we cannot let go.” But then … how are we going to tackle this; read Wyona was pregnant with Logan, so is this a good plan?

We decided nevertheless to take steps and were soon in discussion with the banks, appraisers, structural inspectors and the municipality. Because some mistakes were made here and there (outside of us), our schedule did not go as smoothly as we had hoped. We wanted the acquisition to be completed by May 2019, which unfortunately was delayed a bit and moved on to 16 December 2019.

In retrospect it should have been that way. Once we had the bank’s agreement, it seemed as if the entire universe was working with us to make sure everything worked out. Our house was sold within a week, we were able to sell our second car well without brokering and we found suppliers without problems for products such as a reservation system (recranet), dairy products (erik murre) and coffee (the Zeeland surf).

Unfortunately, the universe even seemed to think along with us so recently that we had to put one of our cats to sleep. The beast was 13 years old and had the annoying habit of peeing on the front door mat (so as much as possible outside, but placing newspapers every evening in the winter) and we did not yet know exactly how to solve this in the Hofstede. Because it was a problem, that was certain. That has now been resolved, but this was not the solution we wanted! Unfortunately we had nothing to say about this.

The past few weeks, however, the adventure became; we have moved to a temporary (holiday) home (arcadia), Oscar has said goodbye to his job, the children no longer go to their trusted daycare and we have been working almost full time on the mostly digital preparations (see the chaos in the photo) ). What have we learned in the past period?

In retrospect, the planning for the acquisition in May would not have been handy with a 4-month-old baby, virtually no preparation time for, for example, a logo, name change and coming up with exactly what our concept would be. We have had time for that now and we are eager to get started!

A few more days and then we have the key … finally !! 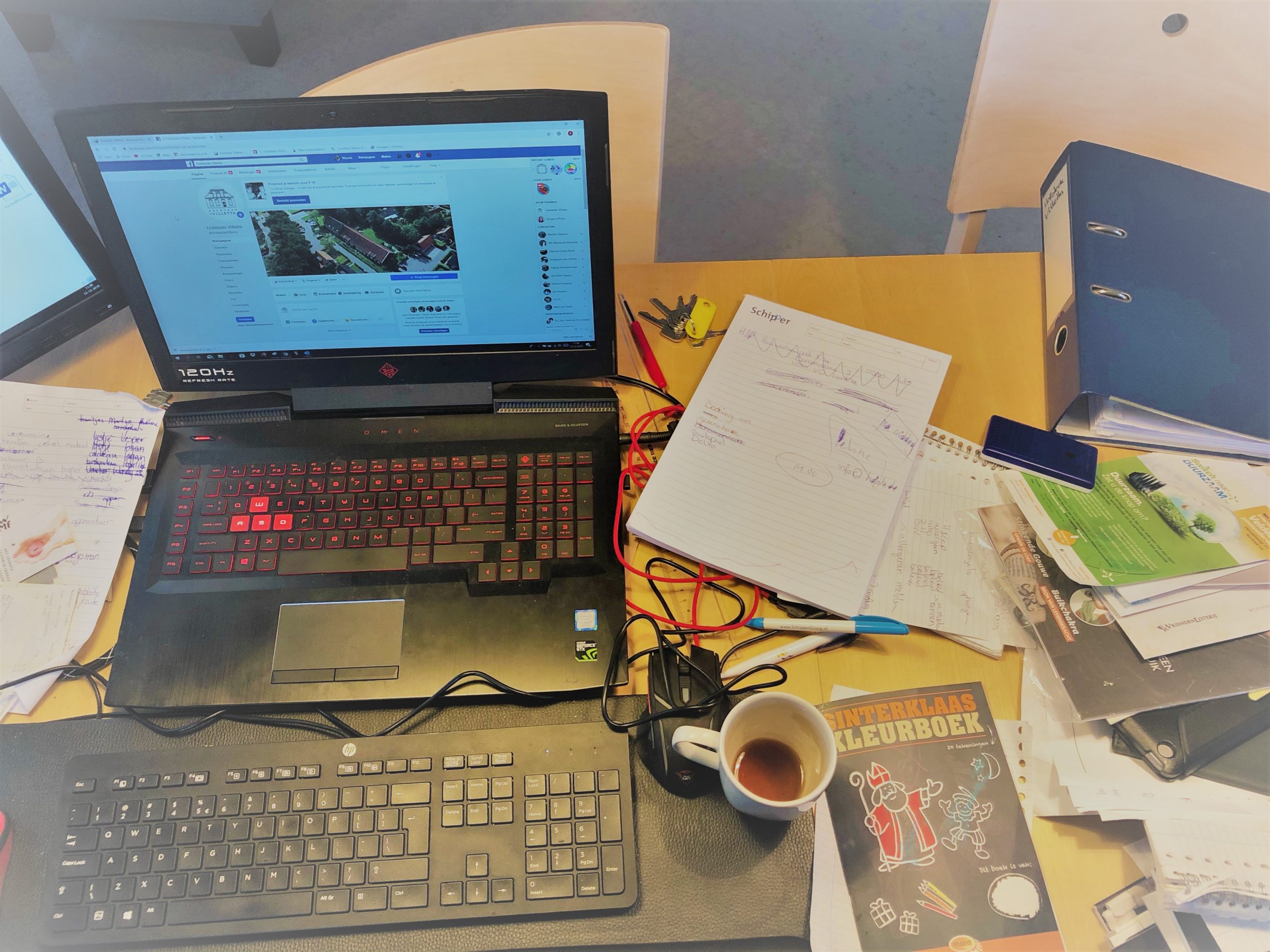